The demand for Blockchain rose exponentially between 2017 and 2020, and it was recognized as one of the most highly-valued technologies to have in the industry. As per the predictions, by 2024, the net worth of the Blockchain market is will be around $20 billion.

Blockchain is dominating its presence in almost every field of technology and that’s the reason why technology enthusiasts should be familiar with the top programming languages suitable for Blockchain App development services.

To cater to this need of tech developers, we have created a list of top 6 programming languages for Blockchain app development. 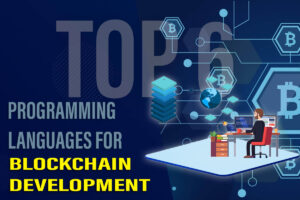 Solidity is considered as one of the most used and stable Blockchain Programming languages suggested by developers across the globe. This language can be easily assimilated by an individual learning development skills whether the one is fresher or an experienced professional.

Java programming language is derivative of C-syntax and is widely chosen for building high-end smart contracts and dApps as a result of the following properties:-

For a fresher’s point of view, we can say that Python is the best programming language to choose for Blockchain app development, as it has relatively shortcodes and is easier to use. Python allows the usage of different resources and plug-ins as Python is an open-source language. Dynamically it works with OOP and is significantly used in Blockchain Development, Machine Learning, and Artificial Intelligence.

The Graphic User Interface that supports the creation of applications like PyQt5, Tk, etc. is the most famous option in Blockchain Programming.

C++, discovered by Bjarne Stroustrup, is considered one of the top programming languages in the current era. Blockchain Programming developers promote the use of C++ as it is plentiful in terms of run-time polymorphism, function overloading, and multi-threading. C++ enables developers to mold the data as per their needs. C++ programming language is greatly used in the development of some Blockchain programming such as Stellar, Ripple, Bitcoin, etc.

PHP stands for Hypertext Preprocessor. It is one of the most famous and supported programming languages among developers.  PHP was born in the year 1994 by a smart-brain Danish-Canadian programmer Rasmus Lerdorf.

The standard PHP can be developed on various operating systems. It is an open-source and platform-independent language, powered by Zend Engine. It has an abundant library in its source distribution which provides ease of working for blockchain developers.

PHP is one of the most prominent languages for blockchain programming and is also suggested by various web application developers.

Ruby was developed in Japan by Yukihiro Matsumoto. This programming language comes with great memory allocation capabilities. The primary focus of this language is ease of use and efficiency. This is the reason why developers consider Ruby user-friendly and easy to handle along with it supports cross platforms. 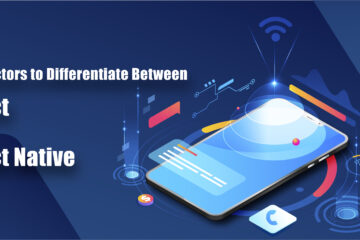 Key Factors to Differentiate Between React and React Native

React and React Native are the two important aspects in the current growing year where people access android and iOS platforms. As per the definition, React is an open-source JavaScript library that accesses a purpose. Read more…

It is evident that people spend 90% of their time using mobile phones. With the advancement of technologies, people prefer convenience which gave rise to on-demand services. In the current scenario, with the increase in Read more… 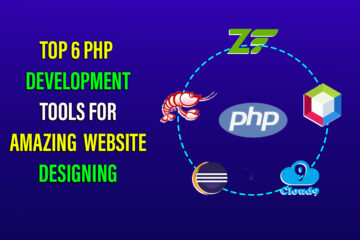 In the current era of digitization, the promotion of business has taken a whole new shape. Gone are the days when distribution of flyers and pamphlets was enough. Now, businesses need websites to get closer Read more…