Developing a mobile app has become a primary concern for many businesses, but deciding on a development method may be challenging because the lines between the various alternatives are getting increasingly blurred. This article will dig deeper into Native App Development and the advantages of using this method of development.

What Is Native Mobile App Development?

Native mobile app development consists of creating apps for specific mobile operating systems that users may access via app stores (such as the App Store or Google Play). If you want to develop an iOS app, you’ll need to utilize the programming languages Objective-C or Swift. Developing on Android, on the other hand, necessitates the use of the programming languages Java or Kotlin. As mobile applications are becoming increasingly essential for businesses, it is critical for businesses to be well-informed on the pros and cons of various app development methodologies. The following are the main advantages of developing native mobile apps:

The app is built and customized for a certain platform with native mobile app development. As a result, the software performs at an incredibly high level. Native apps are incredibly quick and efficient since they are designed specifically for that platform and are compiled using the platform’s core programming language and APIs. As a result, the app is significantly more efficient. The app is stored on the device, allowing the programme to make use of the device’s processing power. When customers browse through a native mobile app, the data and visual components are already saved on their phone, resulting in fast load times.

Several browsers and underlying technologies, including JavaScript, HTML5, and CSS, are used in web applications. Creating a native mobile app is an excellent approach to provide your consumers with dependable data protection.

Native mobile apps perform considerably better in terms of user input and output. These apps acquire the OS interfaces of their devices, giving them the appearance and feel of an integrated component of the device.

The best advantage of native mobile apps is the improved user interface. Native applications are designed particularly for a particular operating system. They follow the rules that, in the end, improve and align the user experience with the specific operating system. As a result, the app’s flow is more natural because they have different UI standards for each platform. This helps the user to rapidly understand the programme, such as removing an element. Following particular standards reduces the learning curve and helps users to engage with apps using activities and gestures they are already acquainted with.

4. Native apps provide developers access to all of a device’s features.

Native programmes are designed specifically for their platform, taking full advantage of the software and operating system characteristics. These apps may directly access the device’s hardware, like the GPS, camera, microphone, and so on, resulting in quicker performance and a good user experience. Another significant benefit of using native app development is the ability to get push notifications. Push notifications are delivered via the iOS server (APNS), for which your app bundle ID is required, and the same is true for Google Cloud Messaging (GCM).

Maintaining two separate apps in one codebase is far more challenging than maintaining two applications in two codebases. Because you are not dependent on a cross-platform technology like Xamarin or Cordova, you have fewer dependencies for problems to occur with native app development. Hybrid apps connect to hardware through a bridge, which frequently delays development and resulting in an unpleasant customer experience.

This difficulty becomes evident when new versions of Android and iOS are launched. Native app developers now have access to updated software development kits (SDKs) to begin creating applications with the most up-to-date functionality. Because of this time lag, native app users can access different platform features when the operating system is upgraded.

The disadvantage of having to wait for the third-party developer of the hybrid tool to create bridges to new operating system features. We rely on a cross-platform development tool, such as Xamarin or Cordova, for hybrid application development. Every time new functionality is added to the UI kit, we must wait for the tool to implement it. When creating a hybrid app, there is an extra element over which you have no control, which increases the likelihood of errors arising. When working with the most recent features available for a certain operating system, bugs are a major concern for hybrid app development.

Although the upfront cost of native mobile app development may be expensive, implementing it correctly the first time can save you a lot of time and money in the long run. By providing a fantastic customer experience, improving speed, and exploiting device capabilities, you can provide your 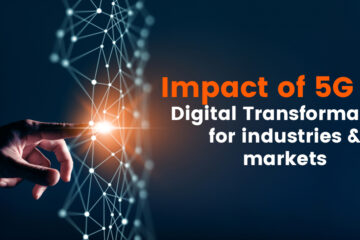 Impact of 5G on digital transformation for industries & markets

5G is a 5th- generation technology for mobile broadband networks, the deployment of which began in some countries in 2019 as a planned replacement for the existing 4G network. 5G technology is very similar to 4G or 3G, where Read more… 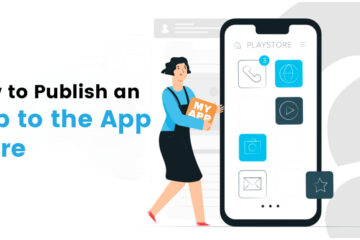 How to Publish an App to the App Store

If you have an amazing app & decide to publish it on the app store but don’t know How To Do It? Then this blog is for you!! Below is a list of guides, each Read more… 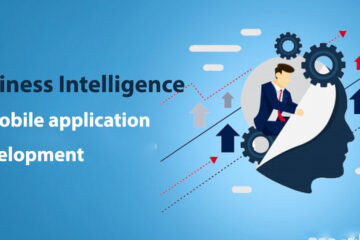 Business intelligence is an integrated software platform used to analyze and manage business data. With the help of mobile BI app development, many businesses can analyze their data without the help of any IT department. Read more…